Initially an association of Gallipoli Veterans was formed in Sydney in 1916 by those who had been discharged from the AIF because of wounds received in the Gallipoli campaign.

The RS (Returned Soldiers’) and SILA (Sailors’ Imperial League of Australia), later the RSS (Returned Soldiers’ and Sailors’ Imperial League of Australia) and AILA (Airmen’s Imperial League of Australia), were set up to represent the returned service personnel of World War I, both for commemorative events and as a pressure group for the rights of ex-service men and women. It operated through a network of local branches. Alongside, chiefly to preserve comradeship, associations of various wartime units existed. From 1918 there were several attempts to form Gallipoli Associations. None endured until 1934 when, on the 6th September, a meeting at the State Shopping Block, Market Street, Sydney resolved to form a “legion to perpetuate the comradeship and preserve the spirit of Anzac”. This association became the Gallipoli Legion of Anzacs.

The meeting, the result of some advance preparation and publicity, drew up a constitution, limited membership to AIF and New Zealand personnel who had landed at Gallipoli and chose a steering committee. The constitution was adopted on the 18th October. Membership grew rapidly; to 800 by the time of the first Annual Meeting on 30th January 1935. The Legion met in various premises, mostly at Empire House, Castlereagh Street. It conducted commemorative and representational occasions. By mid 1937 it had 1,400 members and had sponsored the formation of a Victorian Branch. In 1938 there were 1,550 members in New South Wales and 1,000 in Victoria. 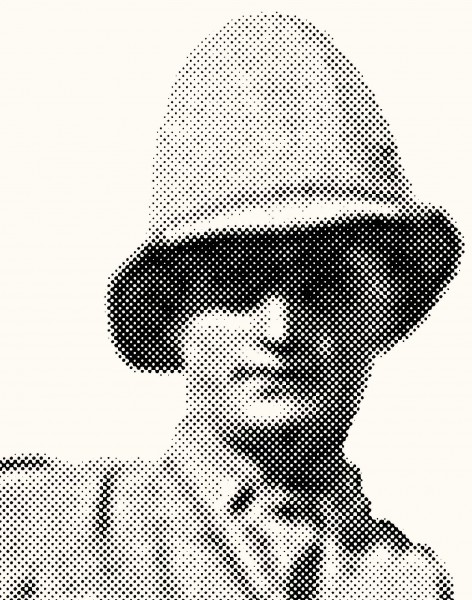 Large-scale clubs of the type associated with the RSL in the post-World War I era had not yet developed. But a number of branches and independent groups formed clubs for fraternity and refreshment. In 1935 there had been a move to create an “Anzac Naval and Military Club”. It did not proceed until 1937 when, on the 1st October, a Gallipoli Legion of Anzacs Club was founded.

The Club, open to all returned men, had rooms at Wall House, Loftus Street. In 1938, it moved to rented premises at 16-20 Young Street which were opened on the 26th November by W M Hughes. By this time the Club had 1,600 members, including “non-Anzac associates”.

The Legion and the Club were separate entities with differing membership requirements. In practice, the Legion committee was in control of both, though the two were not formally joined until 1949. Both the Club and Legion worked vigorously, especially during World War II, when repatriation and welfare problems became important. A Brisbane branch of the Legion was founded in 1940 and a monthly Gazette was published. There were branches at Newcastle (with a club) and at Lismore.

The Young Street premises, which were rented, proved to be inadequate and were soon required by their owners. After a considerable search, the premises 12-14 Loftus Street were purchased from the Perpetual Trustee Company. The executive first met in the new premises on 16th February 1946 and were officially opened by W M Hughes on the 15th November 1947. 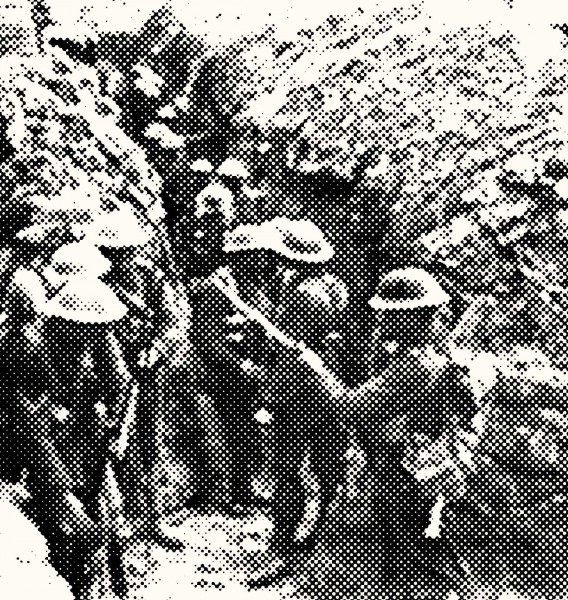 In moving from Young to Loftus Street, the Legion and Club were staying in the same district. The Circular Quay area was not the busiest part of the city. It was well removed from the retail centre and from most of the principal offices. Since 1932, the Harbour Bridge had propelled much traffic further south and the wool trade of former days had long departed to Darling Harbour. But many of Sydney’s trams terminated at Circular Quay as did the remaining ferries. The principal government offices were in the vicinity, also some of the older commercial firms. The Club premises were thus convenient without being unduly expensive.

In the 1950’s there were signs of change. The Circular Quay railway was opened in 1955; the Goldsborough Mort building gave way to the first AMP “sky scraper”; and Opera House plans were unveiled. The popularity of the Circular Quay district began to grow. The Gallipoli Club was finding itself more favourably placed.

The Legion and the Club progressed rapidly in the 1950’s. Fortified by a new constitution, they were able to take advantage of the special place given by returned servicemen of both wars to Gallipoli veterans. Further branches of the Legion were formed and land for a bowling club was leased at North Sydney in 1951.

Initially, the Club occupied only a small portion of the Loftus Street premises. Gradually, in the 1950’s, more space came to be used as existing tenants vacated. In 1952-3, Morrow and Gordon carried out some remodelling and installed a new fire escape. By 1961, the Club had occupied the first floor as an administration and recreation area and the second floor for a lounge, dance space and library. The National Bank occupied remodelled ground floor space in No 14 Loftus Street. 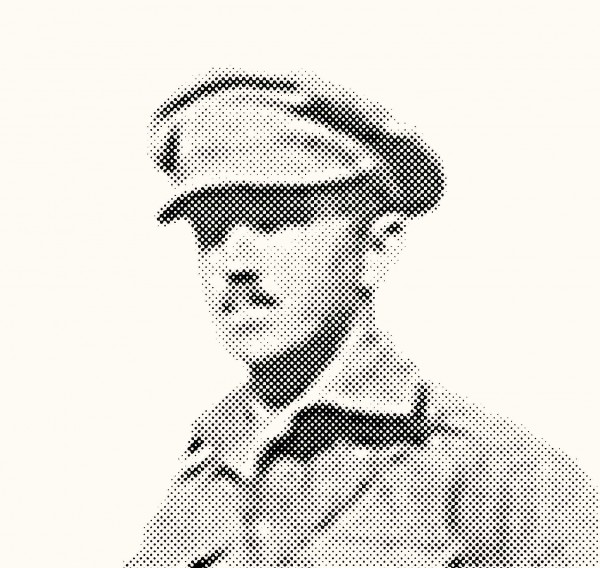 Meanwhile, City Council plans for Circular Quay improvement prompted a proposal in 1960 by the owners of no’s 10 and 16 Loftus Street for a 14 storey building on the whole site. The Club was unable to make the necessary financial arrangements and the proposal lapsed.

Instead, the Club initiated discussions with McConnell, Smith and Johnson for the extensive renovation of the entire premises. It was agreed, on Smith’s recommendation, that the basic character of the façade be retained. It took several versions and much financial negotiation to produce a result in 1964. There was a new fenestration at the front and the stone wall dividing the first and second floor levels was removed. All offices were now on the ground floor and there was provision for a large kitchen on the first floor. There was new panelling and flooring throughout. Governor Northcott opened the rebuilt Club on the 4th July 1964. At this time, the Club had 1,227 members; 625 from the Legion, 534 ordinary, 38 serving personnel and 30 social. The Gallipoli Club was now fully operational.

The 1960’s saw the inevitable decline in Legion membership, as the veterans of Gallipoli withdrew or died. But the revival of Circular Quay as a commercial and administrative district and the growing popularity of the “club culture” meant that the Club’s basic prosperity was guaranteed.

The structure of the Club required change. Its existing membership complement could not meet the requirements of new licensing legislation. As a result, The Gallipoli Memorial Club Limited was formed on the 5th September 1972 to take over the property. This change was accompanied by constitutional amendments, inevitable as the character of the Club patronage altered to widen the membership.

A proposal was put to the Club’s Board by the Commonwealth Bank in 1990 that the Club take over the 729 Club premises at St Leonards and be paid $4 million for the Loftus Street property. The 729 Club was the television industry club which had been bankrupted by the cost of building its new clubhouse, its main asset, which was now controlled by the Commonwealth Bank as the mortgagee.

The proposal divided the Club membership. The division occurred in the ranks of both former servicemen and social members. Notably, members from the Wool RSL Club who used the building for meetings and their allies among the staff of the NSW Farmers Association opposed the move. Long standing Wool RSL member Charles Mort (who died the following year) challenged young members from the NSW Farmers Association to step forward to save the Club by nominating for the Committee with support of the stance of the aging Wool RSL members. Similarly, members from the nearby NSW Public Service offices joined with former service personnel to oppose the move and these two groups formed the majority of the Committee elected in 1991. 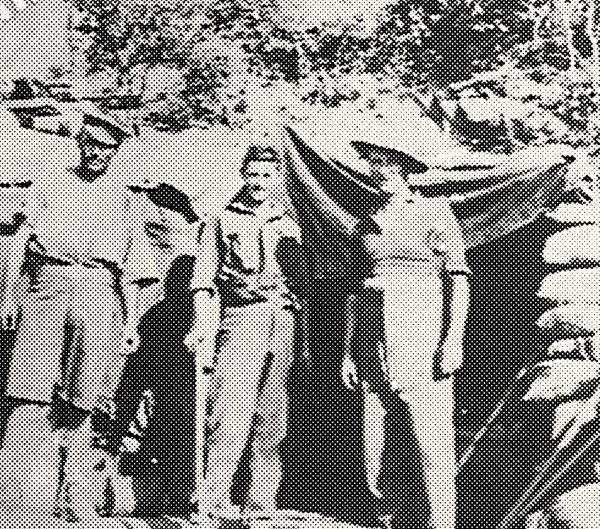 The Committee then began the task of restoring financial viability and the idea of a Gallipoli Museum flowered to ensure the core traditions of the Club were retained and turned into a physical reality. At this time a fire in an old wool store at Darling Harbour caused Sydney Council building inspectors to closely inspect all former wool stores in Sydney. The Council imposed costly conditions on the Club to meet upgraded fire regulations. Committee members were rostered to run the bar to cut staff costs and long term tenancies were negotiated under which the tenants met part of the cost of renovations to meet the new Council fire standards. The main bar was established on the ground floor, rather than the top floor so the duty barman also controlled the signing in of patrons, thereby saving labour costs. Within two years the Club had returned to a solid financial footing.

This was also a time when re-development of the Circular Quay area gathered momentum. The Club evaluated a number of opportunities before selecting an AMP development proposal, which members approved in 1999. AMP Capital has been working with the City of Sydney Council and the New South Wales Government to develop a masterplan for the Quay Quarter Sydney precinct which includes the Club’s premises. In December 2013, AMP Capital submitted a Stage I Development Application to the City of Sydney Council. On the 1st April 2014 the Club signed a further Option Agreement with AMP Capital to reflect the current proposal for the Club. This includes the refurbishment of the Club’s premises at 12-14 Loftus Street, Sydney and a strata unit adjoining the Club in the site to be re-developed at 2-10 Loftus Street. It is proposed that the Gallipoli Museum will be situated in the strata unit.